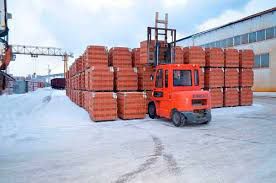 A ceramic brick factory was opened in Kokshetau. The project is implemented by ENKI Plus LLP, with the support of NC KAZAKH INVEST JSC. The volume of investments in the economy of Kazakhstan will amount to 7.5 billion tenge. The project was launched within the framework of the regional Industrialization Map.

The plant is equipped with the most modern imported and domestic equipment. It is expected that about 150 people will work at the industrial facility, most of them from among local residents. The production capacity of the project is 30 million pieces of ceramic bricks per year.

“According to the calculations of specialists, the launch of production will allow providing construction materials not only to Akmola region, but also to nearby regions of the country, including Nur-Sultan”, - said Ernur Zholumbetov, Regional Director of “NC “KAZAKH INVEST” JSC in Akmola region.

It should be noted that as part of the support of this project, “NC “KAZAKH INVEST” JSC provided comprehensive assistance in obtaining appropriate measures of state support, attracting foreign labor, as well as in conducting negotiations with interested state bodies.